We were up at cockatoo’s fart, and stumbling around in the dark looking for stuff. Grabbed a quick coffee and breakfast, and met up with fishing guide, Tim, and the other guest, Geoff from NZ.  The boat was launched into the croc-infested Pentecost River, and we were “gone fishing”. Within minutes, I hooked into a big barramundi. Tim coached me: play it gently, stay calm, keep tension on line, don’t lift its head; and relax.  The fish jumped a couple of times, and after a relatively short time (or was it?), the fish was in the net. It was 1m long, weighed around 20kg, and a breeding female. After some quick photographs, we released it back into the river.  I don’t know who was more excited, Tim or me. Tim explained that in his many years of guiding, he had never landed a fish longer than 1m! Shortly afterwards, Rob hooked another barra. We were hoping for a smaller fish, so we could keep it, but not too small.  The fish was 68cm and a beautiful specimen. It is funny to look at the photos of us with our catches; easy to see who the fisherman is! That said, Rob landed the “keeper” and supper was assured. I missed another fish, but who cared. It was wonderful fishing the Pentecost River, again, with the mighty Cockburn Ranges in the background. Our companion, Geoff, did not catch a fish, so we asked he and his wife, Sarah, to join us for dinner, and eat the fish Rob had caught. 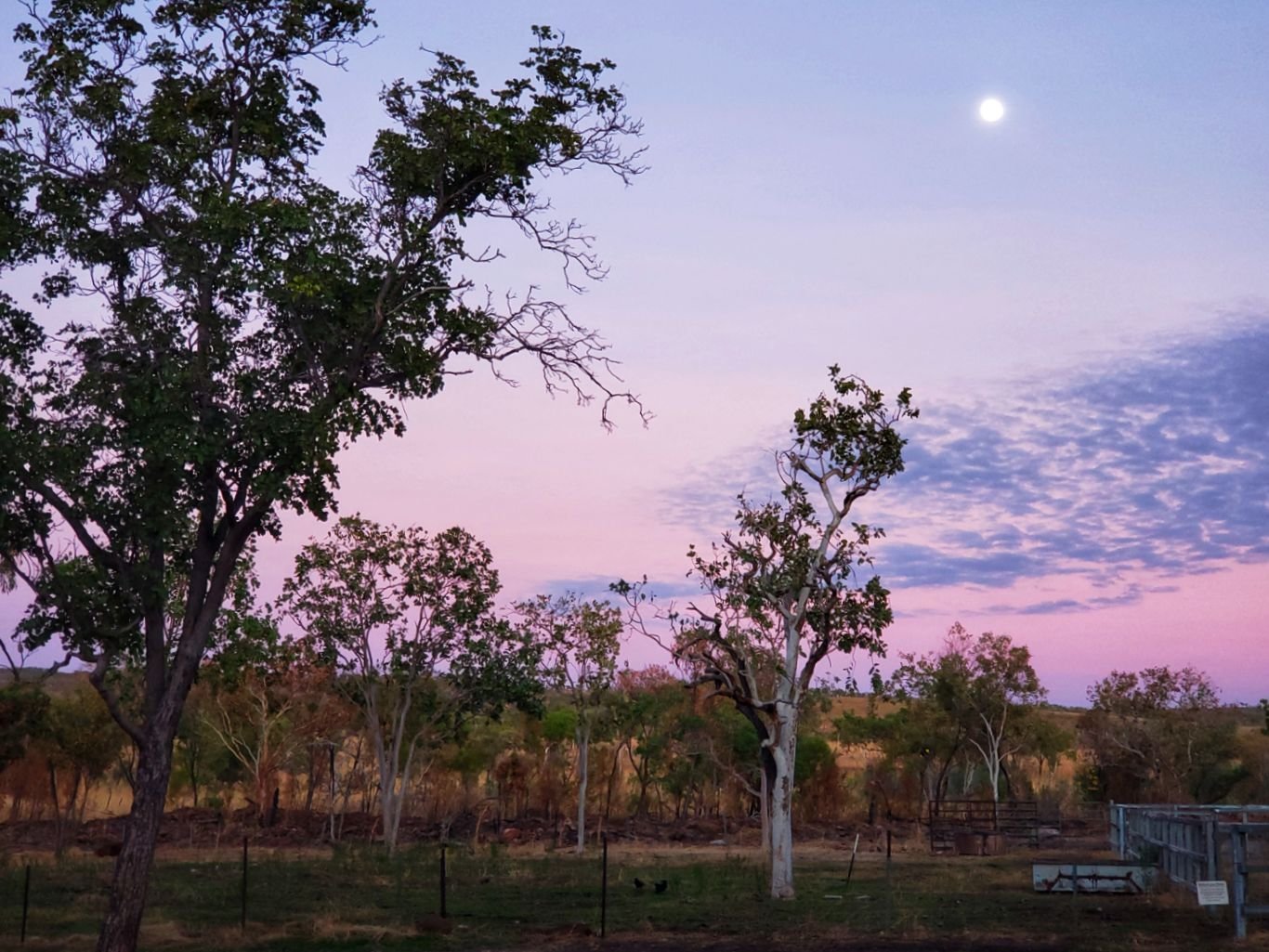 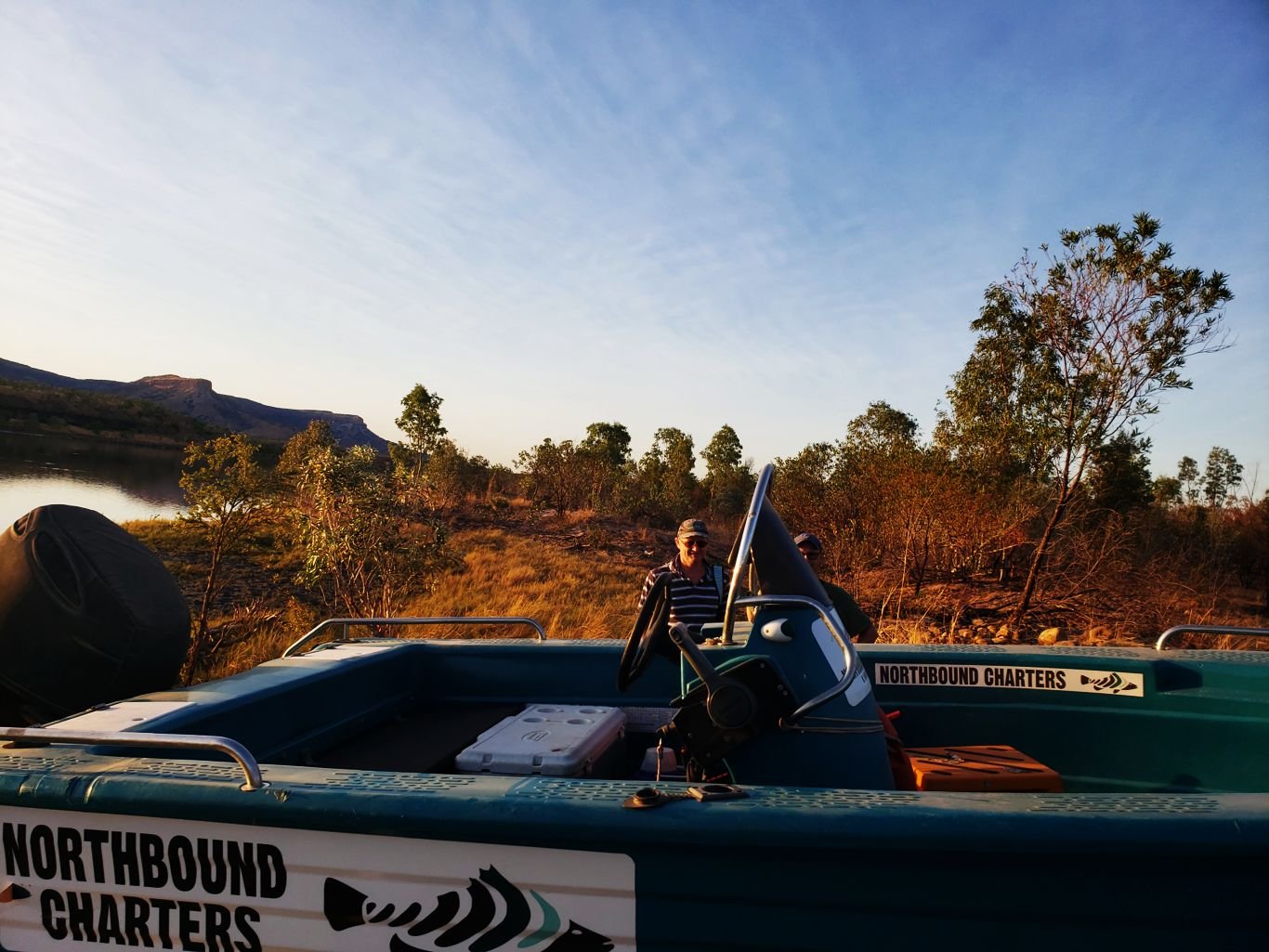 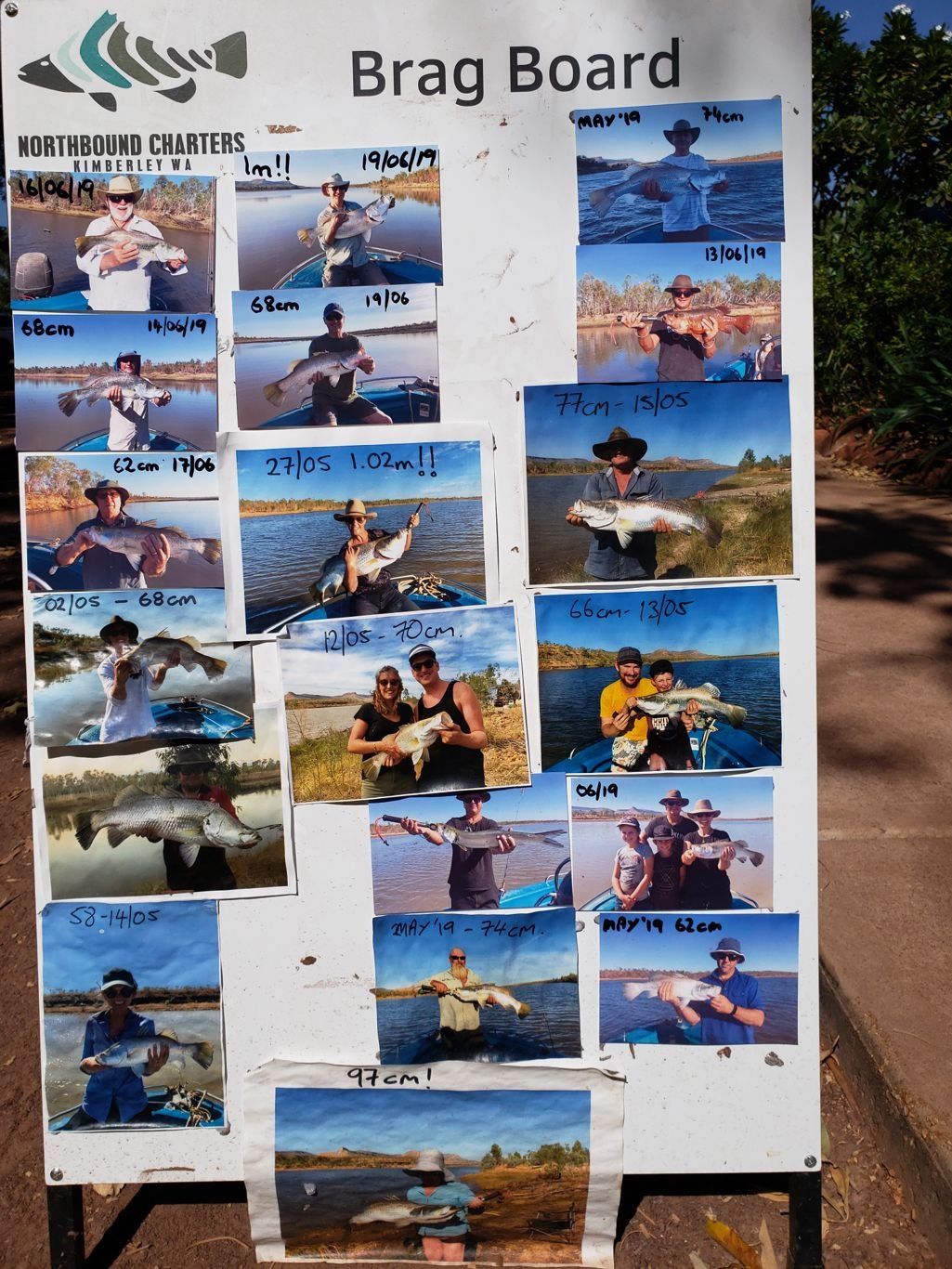 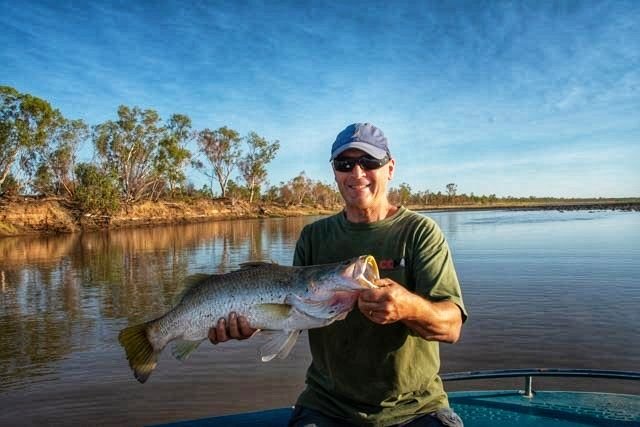