The day started with a nice long soak in the warm pools of Zebedee Springs. We approached the springs through a palm-choked valley with the fronds forming wonderful patterns in the dappled light. We got talking to a group of people in the pool, and afterwards one of the people had said – after Rob told him we were brothers – that he thought we were “too old poofs”.  I was insulted – old!, old? Cheeky bugger!

The approach to the El Questro Gorge parking area was over a long, deep river crossing, which came over the door sills, and was quite exciting.  We had been warned that the walk was tough, and early on were inclined to not believe this, as the path meandered beside cool pools, and climbed gently along the bottom of cliffs.  But, after the “Halfway Pool” the going got decidedly tougher. The first challenge was a boulder scramble out of a deepish pool, where you had to balance your pack on your head, and then pass it up to the person ahead of you (or not).  After that, it was a relentless climb over large boulders, and scrambles up small waterfalls, before reaching the final pool. A waterfall dropped into this clear pool, and you could swim to the end and perch under the torrent (see photo of Rob).  The walk back was considerably easier – but still rocky – and it was a relief to reach the car park. A guy was waiting for his wife and daughter – who we had met earlier – so we waited with him, and shared his beers!

We rewarded ourselves with an excellent meal in the El Questro restaurant, after a drink or two at the bar. 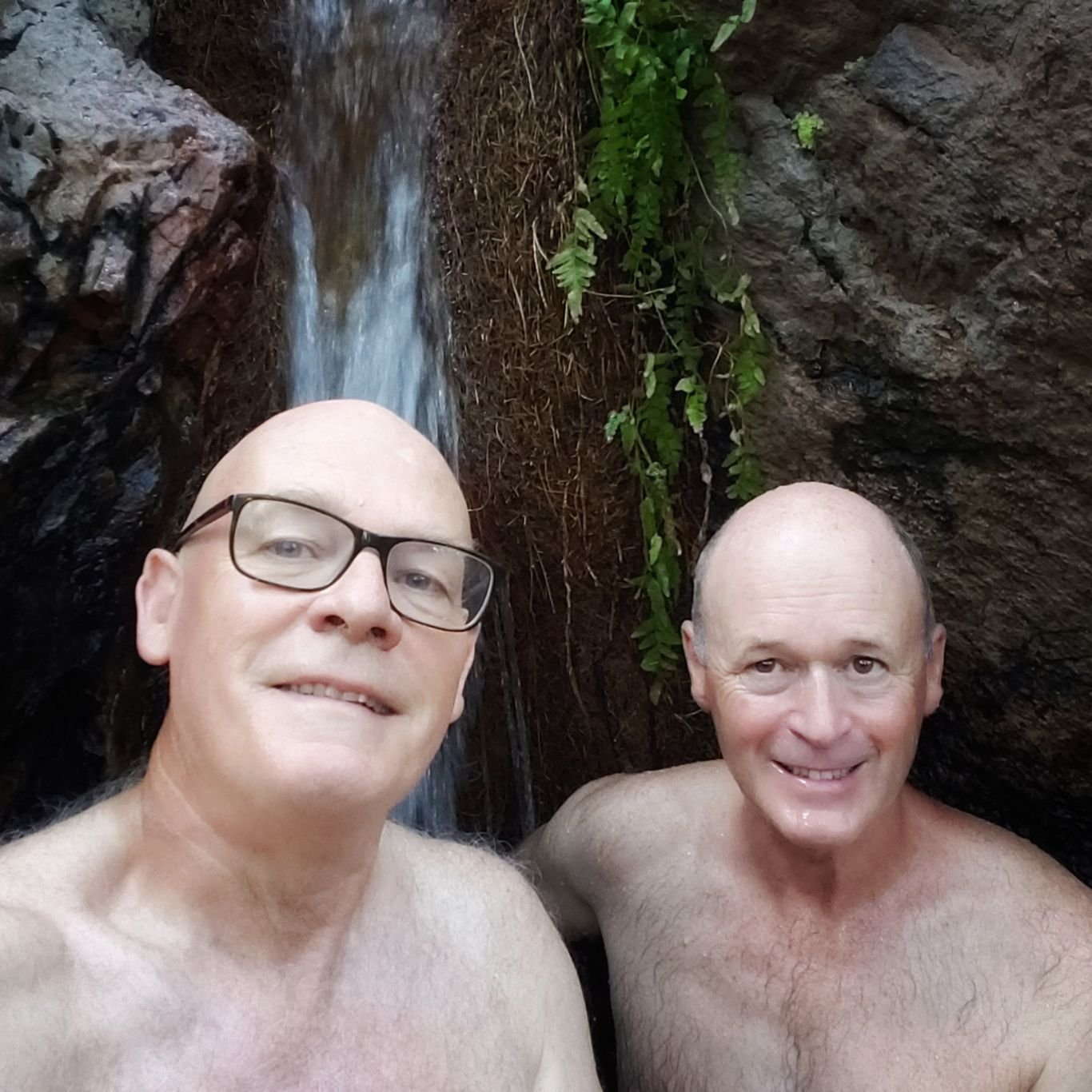 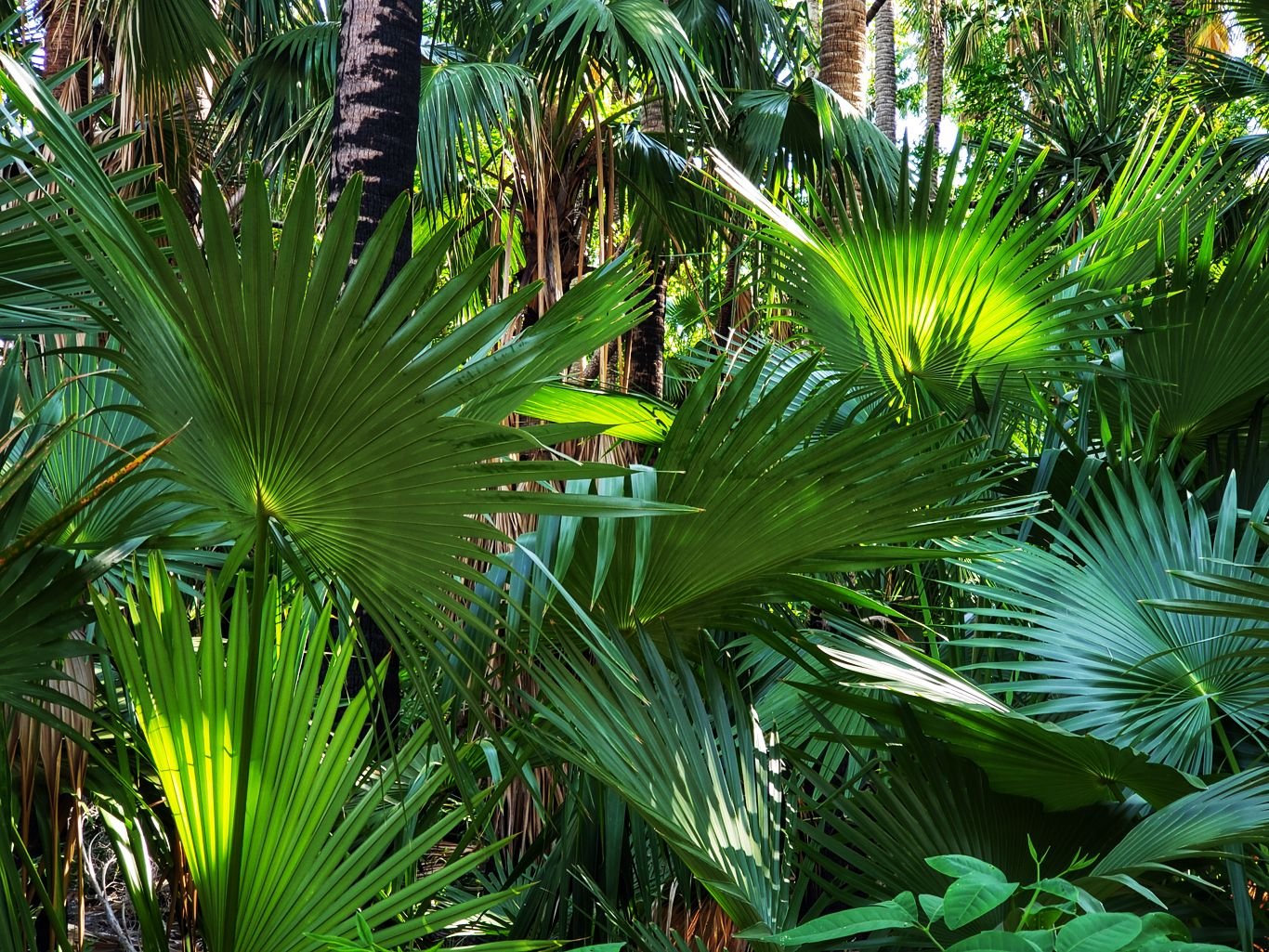 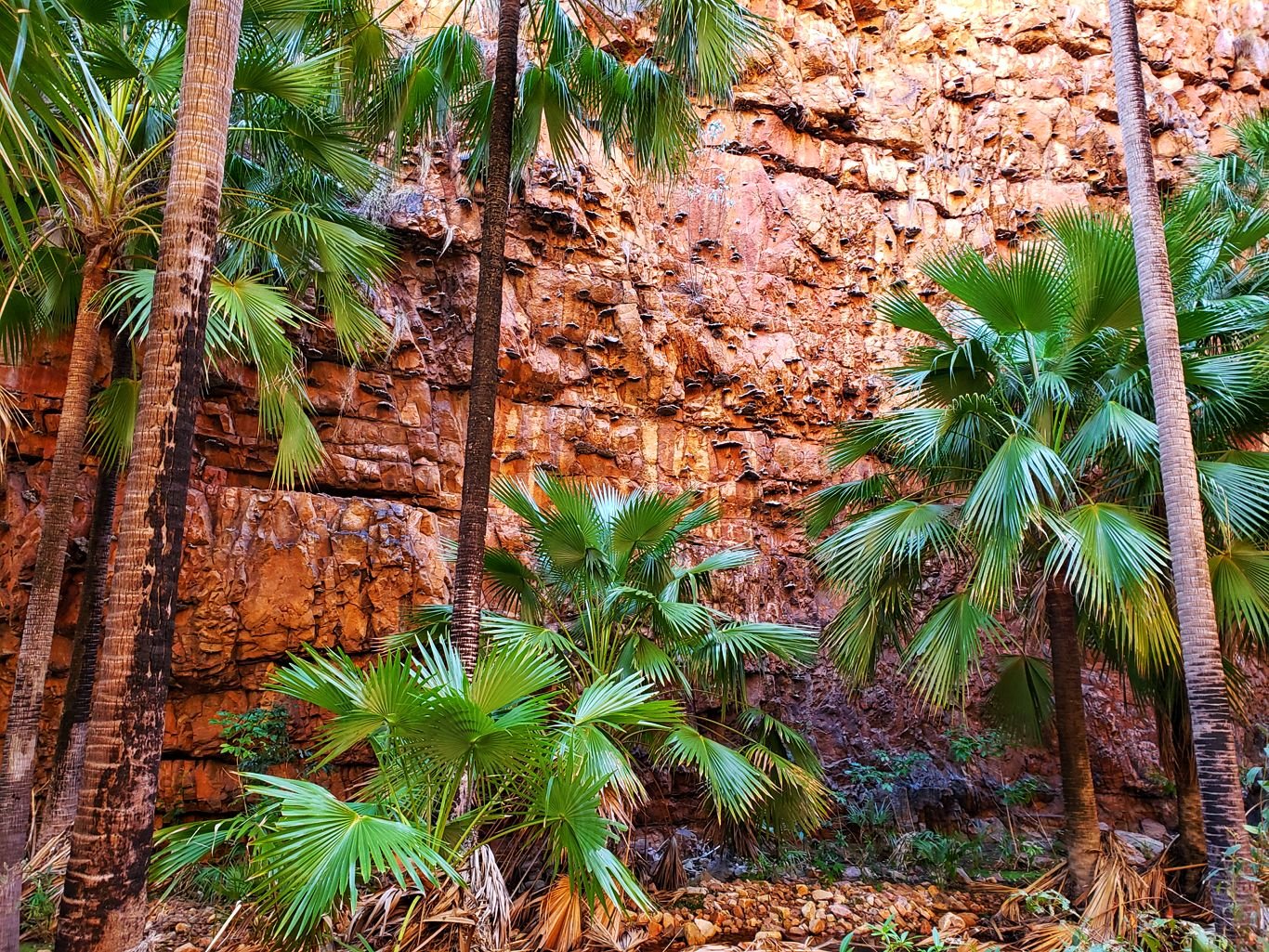 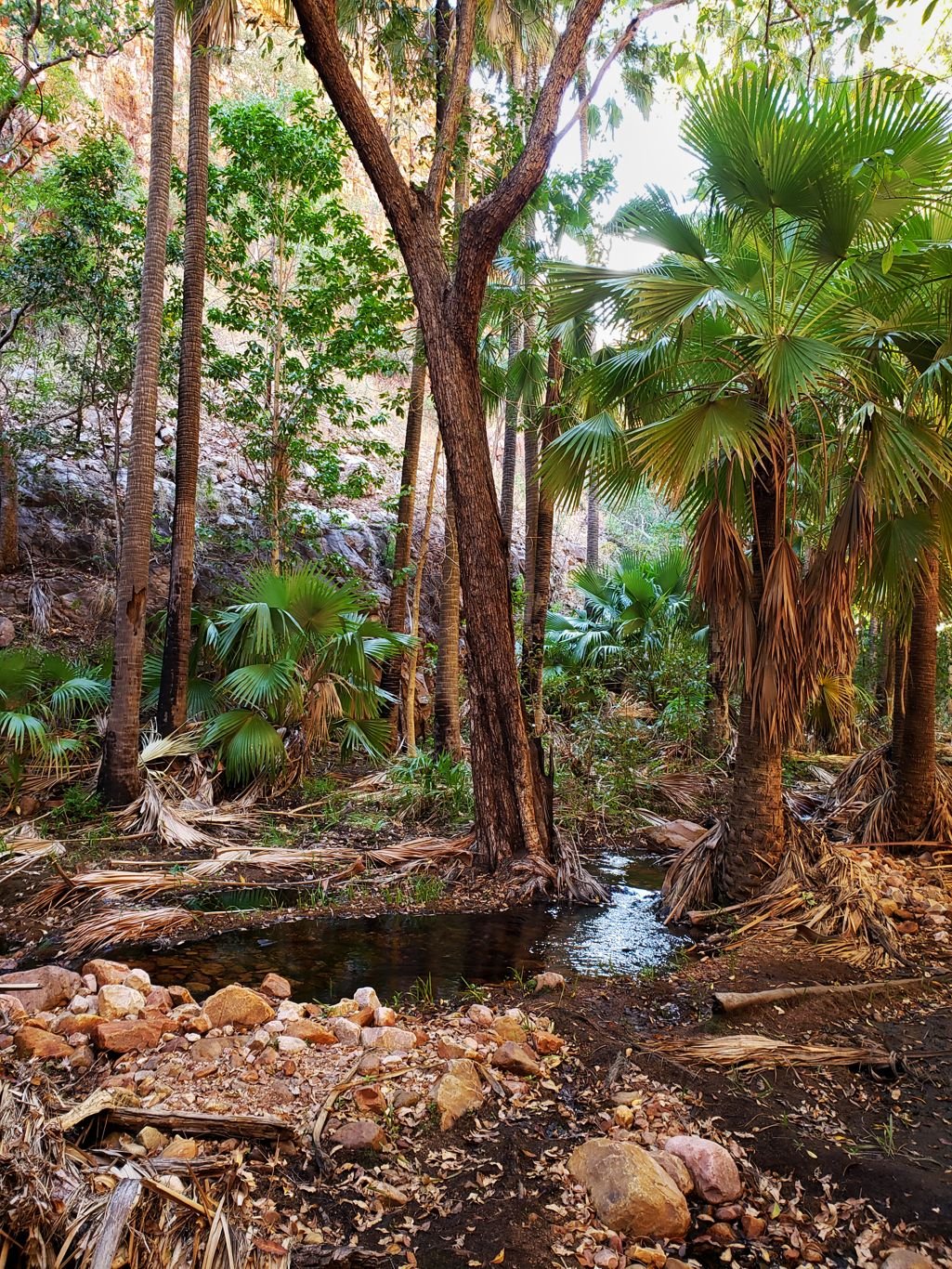 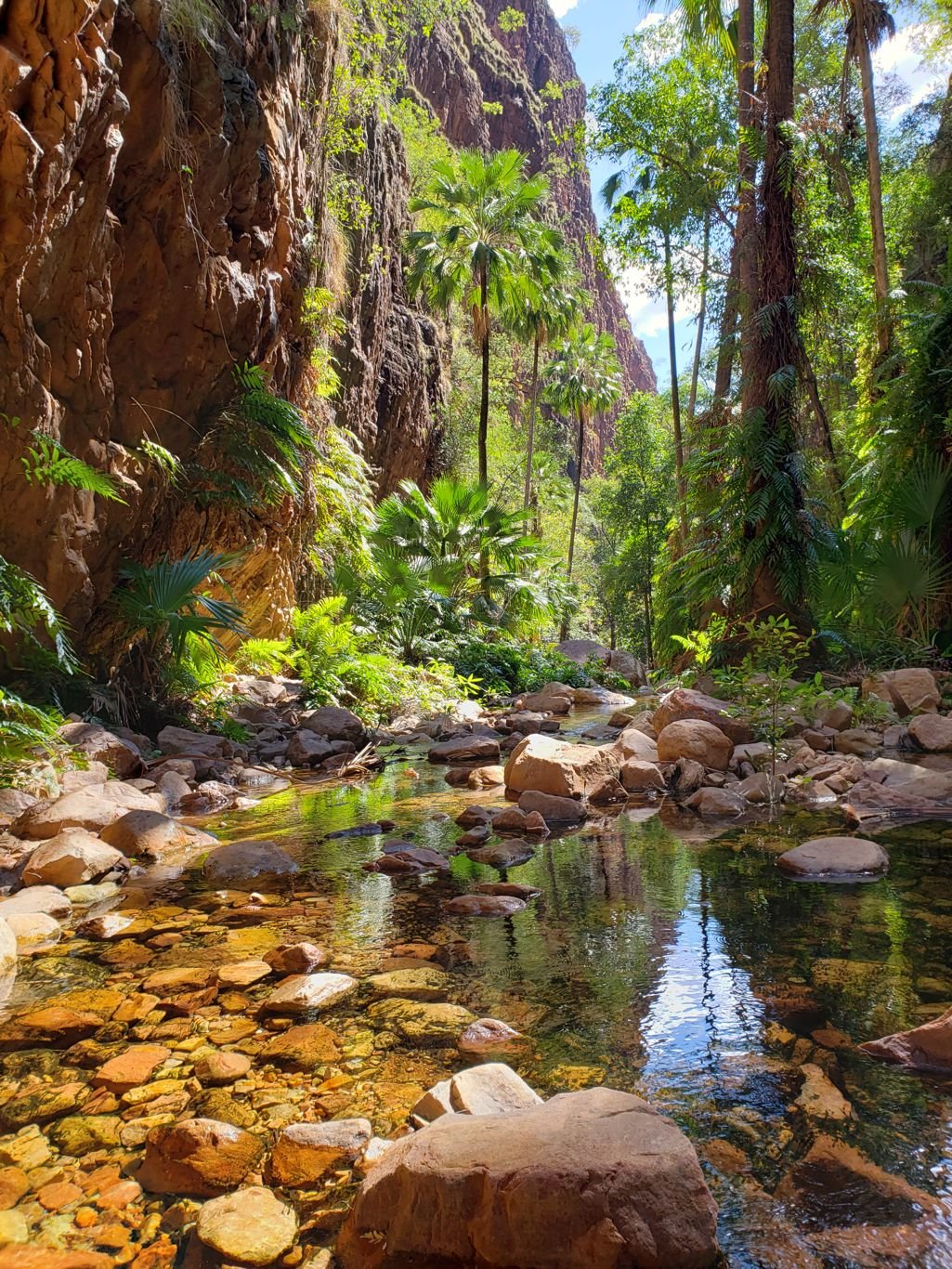 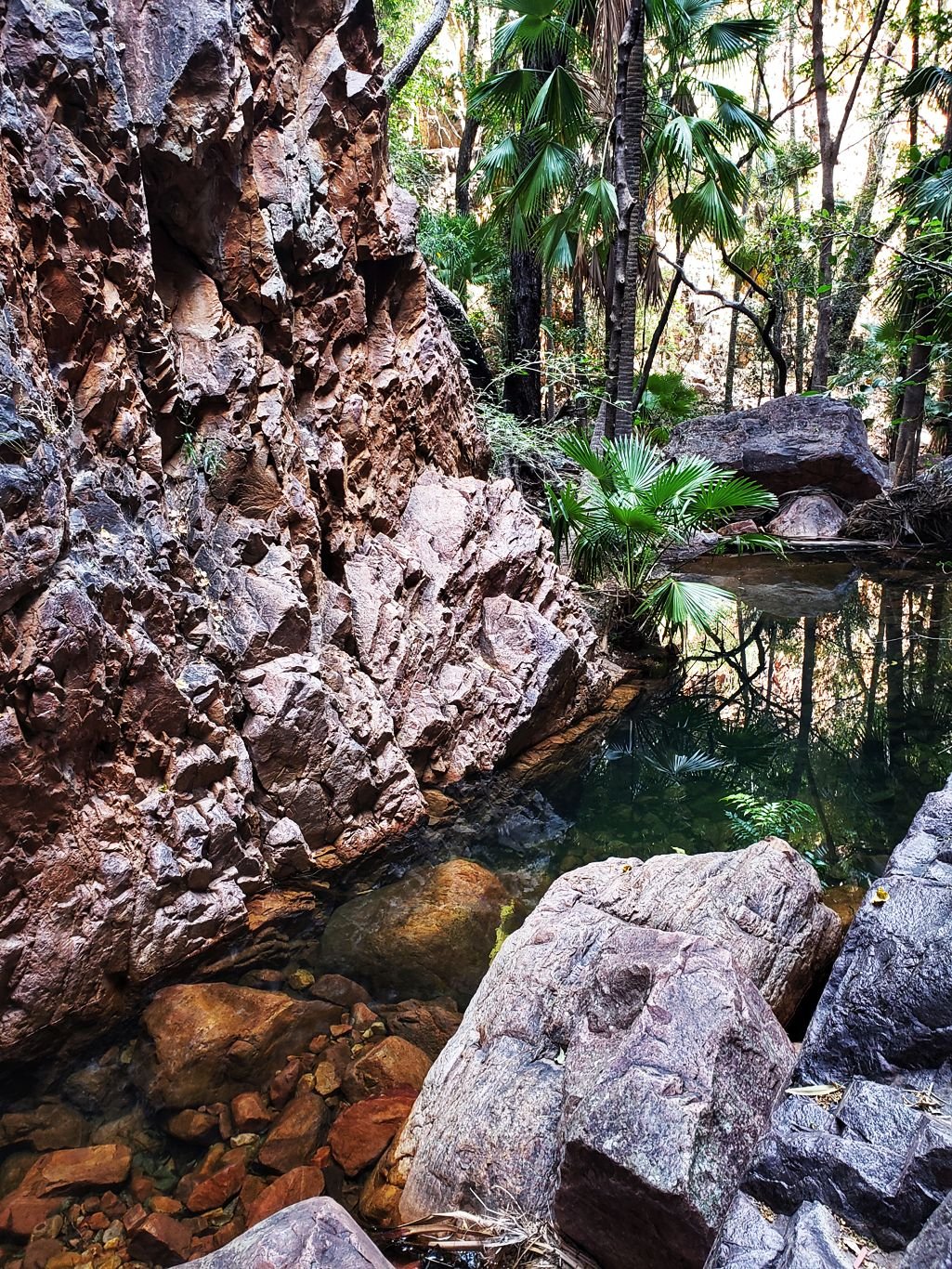 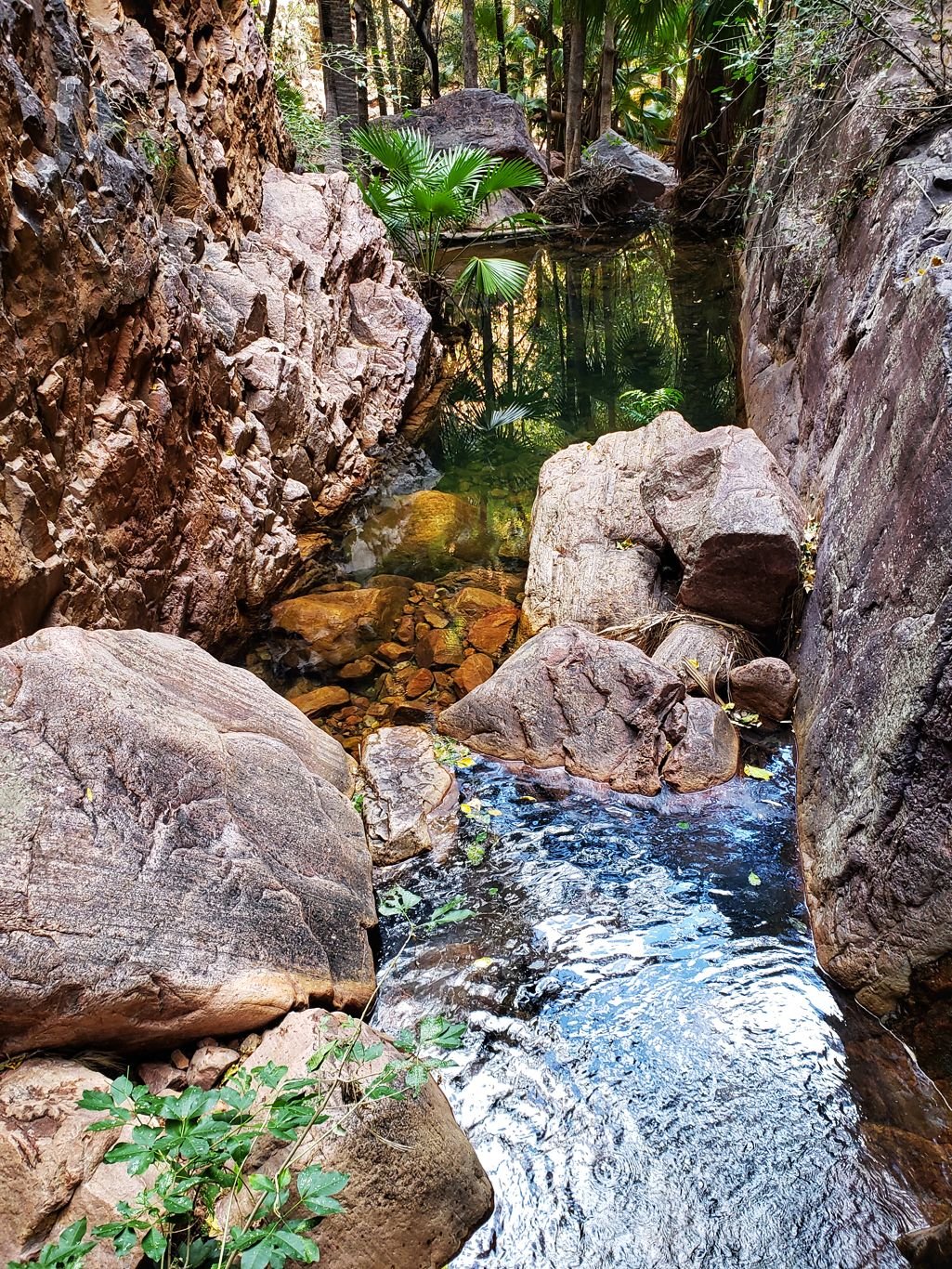 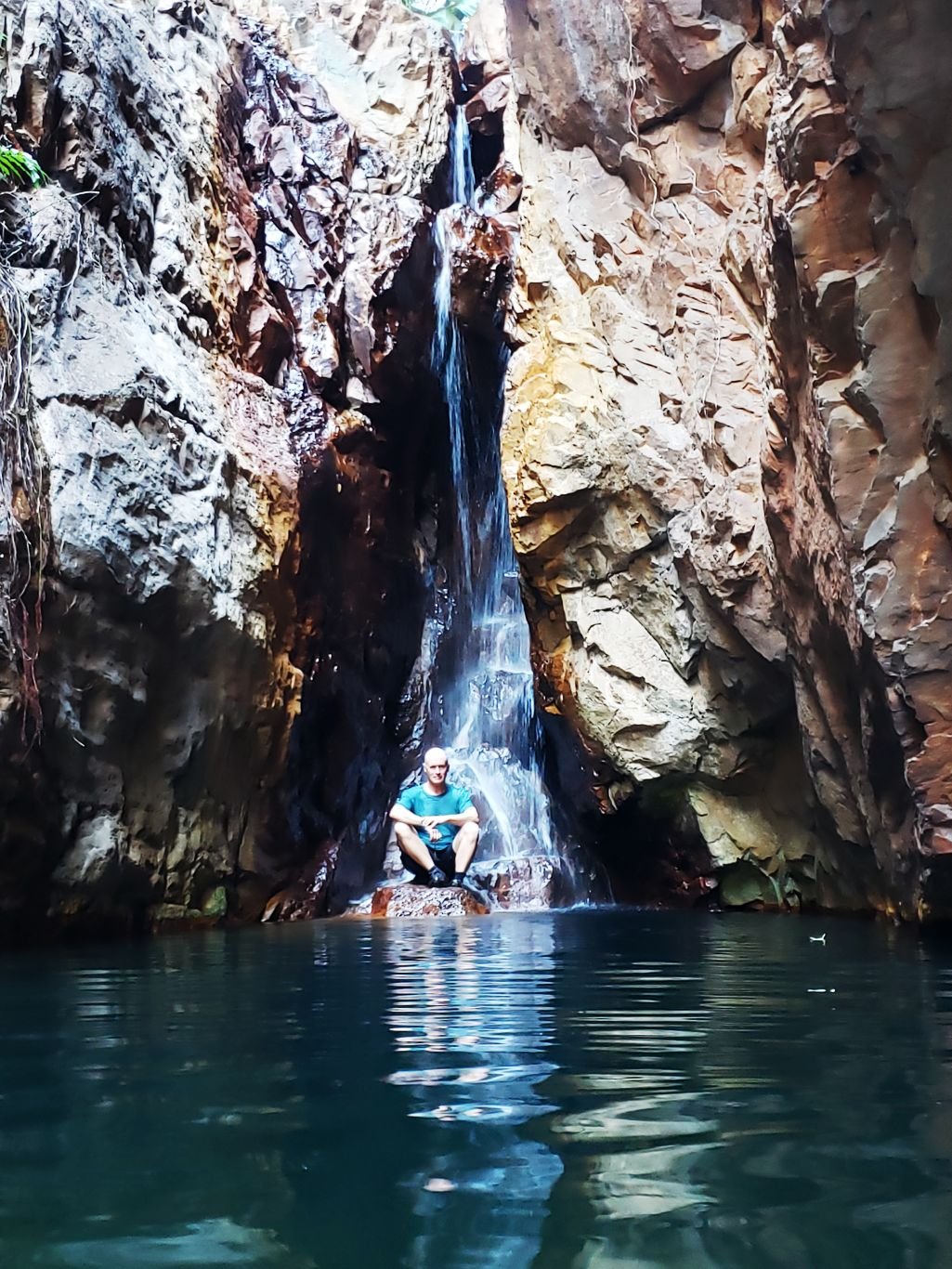 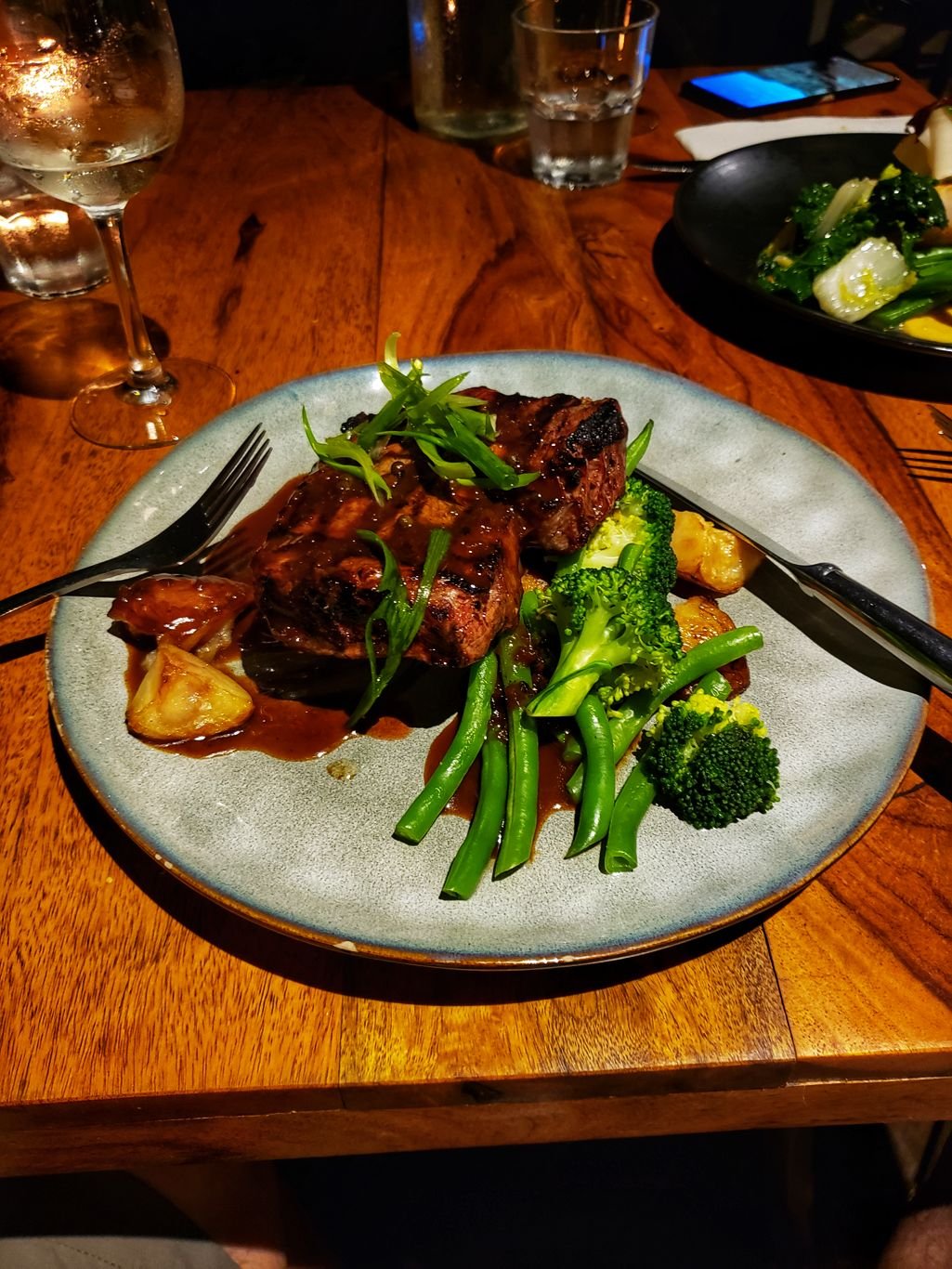 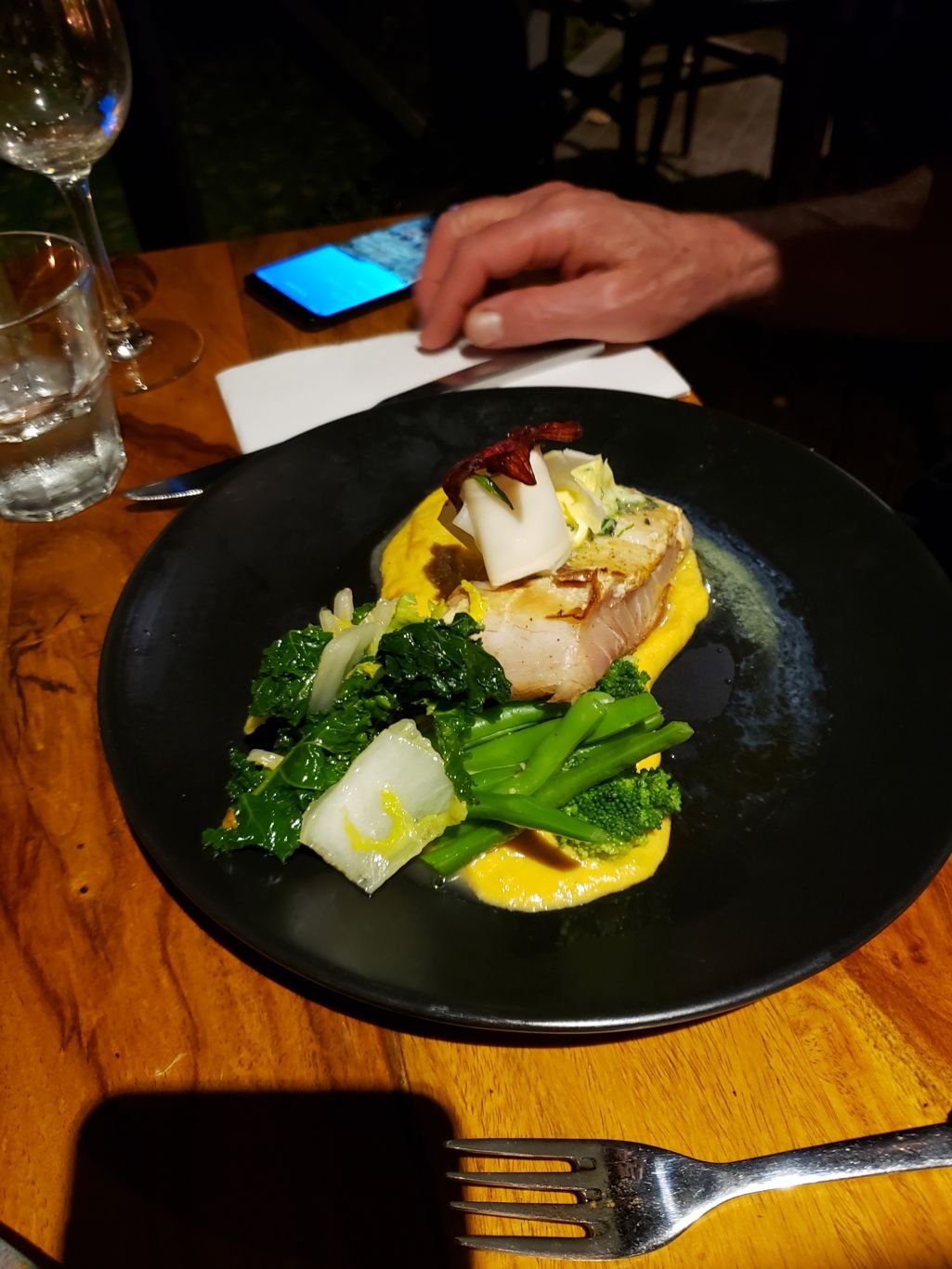